Is this just me or anyone else who has cats have these issues?

I joke a lot about Tails and Miss Purr but I love them so much. They’re funny, cuddly (Tails, not so much) and add joy to the family.

Like millions of other people, I’ve been watching a LOT of Netflix.

I figured I could share my thoughts on a show. I’m re-reading “Gone Girl” so there won’t be a new book review. You can read the review for “Gone Girl” here

I also thought my readers could use a bit of comedy.

If you haven’t seen it, the series is about a man who ran a tiger conservation place in Oklahoma. He has a competitor and enemy, Carole Baskin, who is located in Florida.

He goes by “Joe Exotic” and WOW. He has a blonde mullet and wears a huge eyebrow ring. Also, he wears very interesting shirts and carries guns on him at all times.

You’ll hear him yelling about being gay, “gun-toting” man.

Oh, and he actually ran for Governor of Oklahoma and somehow got 19% of the vote.

He’s sitting in jail right now because he got busted trying to have Carole killed. She’s a bit weird and might have murdered one of her husbands.

I watched a trainwreck over seven episodes.

My favorite line is from Joe’s campaign manager, Josh Dial. Excuse the language.

I cackled. It’s still funny, no matter how many times I see it.

While watching, I couldn’t believe that some of the events actually happened- like Joe marrying two guys at once AND they all wore matching outfits. I’m not entirely sure that was legal, but okay.

Carole Baskin..she is interesting. She thinks she’s saving the tigers at her conservancy but since they’re shown to be in cages, I don’t think she is. Her husband is weird. Her volunteers barely meet her, they just earn a t-shirt depending on how many years they have been there.

The other tiger conservancy owner, Doc Antle, is a different kind of guy. He is very open with women. You’ll have to watch to get where I’m going with this. He also barely pays his employees, who live on the land.

There’s a part in an episode in which Joe’s first husband (before the two he married at the same time) dies by a gunshot. There was a bit of debate on whether Travis died by suicide or accident. I think it was an accident.

Also, things get graphic when the footage of Safferty, known as Saff, has his arm amputated after a tiger attacked him.

I was not prepared for that.

He had the choice to go through numerous surgeries and rehabilitation or amputate.

Saff came back to work a week after the amputation. He didn’t seem bothered at all..I would have been freaked out and definitely not returned.

To Watch or Not to Watch?

It depends on what you can deal with, because many people, myself included, were not happy with seeing the tigers in cages, being abused, etc.

If you want comedy and a bit of a crap show, this is for you.

I have lost count of the days we have been staying “healthy at home” as Kentucky’s governor, Andy Beshear, has asked.

At this point there’s only so much we can do as parents to contain our kids.

My kids just started NTI (Non-Traditional Instruction) yesterday. I was mentally prepared for a disaster but nobody had issues. Yayyyy!

I’m pretty easy going these days because it helps my stress and anxiety levels, which helps prevent migraines and to some extent, RA flares.

Speaking of which, I have a phone appointment with my rheumatologist in an hour or so. I have great news to tell her- the medication she gave me in January is working. More yayyyy!

Kids are going through a lot right now- they don’t know when they will see their friends again. They can call, text or Facetime but that only goes so far. Some kids going to middle or high school may not see some of their friends before they separate for different schools. They’re anxious- what happens next? Is someone I know going to get the coronavirus? When can we go out and do fun things again?

I’ve been trying to explain things as well as I can to my kids. I’m glad they are old enough to understand most things. We do fun stuff at home.

The boys have been pretty chill- Julian said since they aren’t at school he can’t really miss the events that the 8th grade won’t get to do.

Lily has been a bit sad because she misses her friends and teachers. She and Bella (my friend Sara’s daughter) face-timed yesterday and she says she feels much better.

It’s the least I can do. I don’t like seeing her so sad.

There’s a load of laundry sitting on my bed waiting to be folded. I’ll get to it.

Every animal has a breaking point for the day, I guess?

That joey was about to get it.

My kids get close frequently, and probably will on an hourly basis during this very extended school break.

Pass the cherry coke, cheese and crackers. I’m going to need it. I think all of us need a little something these days.

I’m writing this in the middle of a pandemic. In Kentucky, almost everything is closed because our governor, Andy Beshear, ordered as such.

We stan a calm and efficient governor. Our last one was a disaster. If you’re in Kentucky, you probably get what I mean.

At this point, the kids are doing work online and we have no idea of they will go back this year. I hope so. Julian is graduating from middle school in May or whenever.

When the kids were younger, I was probably a “helicopter mom”. Now? Not so much.

I figure these kids can use a bit of space (literally) and learn how to do things on their own without me being in their face all the time. I’m not always going to be there to remind them of things.

It’s good to teach your kids independence. They need that ability to figure out something to do when they’re bored and not cling to you as their personal source of fun. This is where slacker parenting comes in.

What is slacker parenting? This is my take:

-less worry about the little things

It took me a while, but after a few disasters and close calls, I’m mostly like….*shrugs* 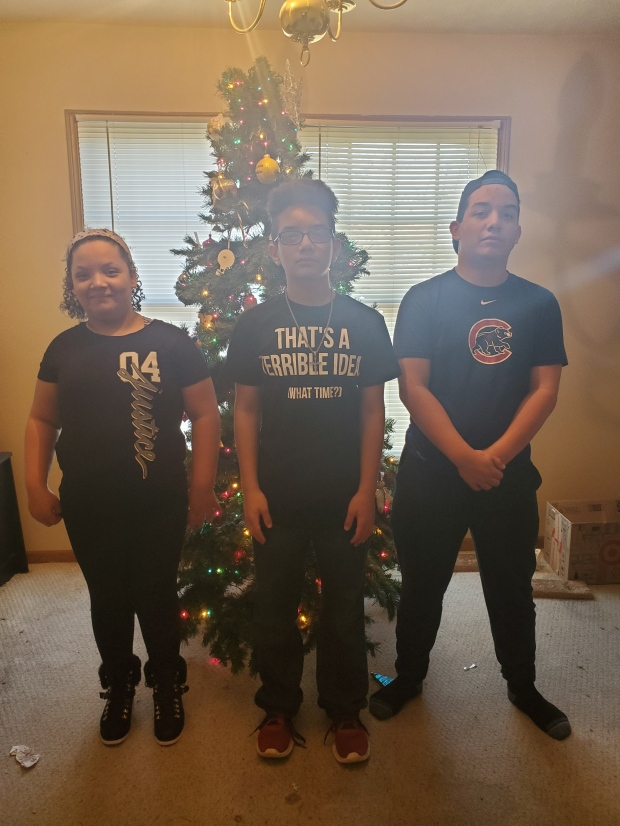 I have two chronic medical issues-RA and migraines. Both have slightly held me back from continuing the ” helicopter mom” that I was. Sometimes, I just don’t have the energy. Stress exacerbates both of my issues.

The biggest joy of slacker parenting? Less stress for everyone.

Oh, and learned independence, an increased sense of humor, and possibly a better understanding of your kids.

A Word About Neglect

There’s a difference between slacker parenting and obvious neglect.

When kids are neglected, it shows. It is different for every kid, but most appear in dirty/non fitting clothes, to not want friends to come over, may hoard food, and may display a range of emotions.

There’s usually other issues that go along with neglect- alcohol and/or drug abuse, physical/verbal/sexual or other kinds of abuse. Parenting standards are very low, if not non-existent. This is also where authorities probably need to come in.

I don’t promote neglectful parenting- this is a terrible idea. I do, however, promote stepping back, making sure everyone is in one piece, clean and fed. We only get to do parenting once. Let’s have some fun and relax while doing it.

Where do you fall in the realm of slacker parenting?

Picture of the kids is my own, meme is from my Facebook.